YOU’RE TIRED OF ‘NO’

YOU’RE NOT AN OBJECT

You Don't Own Me!

A Fast Track To Do-Overs And A Happier You!

THIS IS AN INSTRUCTION MANUAL FOR

How can a little ebook of 37 pages change your life?

You don't need affirmations, chicken soup, or lots of money.

You only need the desire and a road map. That's what a little guide for big girls is all about!

A LITTLE GUIDE FOR BIG GIRLS

NO NONSENSE. CUT TO THE CHASE. WITTY TIPS AND RESEARCH. IT'S FUN AND FUNNY AND REAL!

Tell me, what is it you plan to do with your one wild and precious life?

"You, very succinctly, and with much needed humor, in 37 pages or less, have just given me the equivalent of a year's worth of my own therapist's guidances. Kudos for making it so concise, not to mention affordable!"

Get Your Copy Now!

"Ann, this belongs in every woman's gucci bag or grocery bag. Whoever she is, she needs these reminders, these thoughts you implant. You are every woman's dirty little secret: we are powerful." 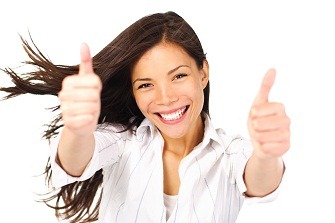 Buy This 'Must Have' Now!

A Little Guide For Big Girls

No nonsense. Cut to the chase. Witty tips and research to get inside a man's brain! It's fun and funny and real!

Life is short, one life, one time, what are you waiting for?

YEARS AFTER TALKING TO WOMEN THEY WOULD TELL ME HOW ONE SIMPLE WORD OR ACT CHANGED THEIR LIVES.  ONE WOMAN WENT FROM POVERTY TO FINISHING GRADUATE SCHOOL.  ANOTHER WROTE A BOOK.  EVERYONE TOLD ME THE SAME THING:  I MADE IT SIMPLE.

PEOPLE WANTED SOMETHING THEY COULD READ QUICKLY OR GIVE TO THEIR FRIENDS TO HELP MAKE BIG CHANGES IN A SHORT TIME.  THIS GUIDE HAS THE STAMP OF APPROVAL FROM THE MOST IMPORTANT PEOPLE IN THE WORLD - PEOPLE JUST LIKE YOU - WITH NOT ENOUGH TIME,  A FEW DREAMS THAT NEED TO COME TRUE, AND A STRONG WISH TO USE THEIR POWER.

INDULGE YOURSELF FOR THE BIGGEST GIFT FOR THE SMALLEST AMOUNT: $16.95 FOR A DO-OVER. GET GOING, GET IT NOW. GET A LITTLE GUIDE FOR BIG GIRLS...

IT'S TIME TO CHANGE THE DIALOGUE.  ARE YOU READY?

EVERY WOMAN'S DIRTY LITTLE SECRET: 'WE ARE POWERFUL'

IT'S TIME FOR A CHANGE.  ARE YOU READY?

AND WHEN YOU DO, YOU WILL ALSO FIND OUT:

•HAVE MORE FUN AND MORE MISERY THAN MEN,

AND WHY A WOMAN:

•CAN DO IT ALL WITHOUT AFFIRMATIONS, THE SECRET, AND OTHER METAPHYSICAL NOTIONS

A LITTLE GUIDE FOR BIG GIRLS: A FAST TRACK TO DO-OVERS

ALL YOU NEED TO KNOW (TRUTH ISN'T COMPLEX)

THIS IS A REMINDER THAT LIFE IS SHORT, MEN AND WOMEN ARE DIFFERENT AND THAT'S OK, YOU HAVE POWER, YOU HAVE PROBLEMS AND THERE ARE SOLUTIONS AND DUMB BLONDES REALLY AREN'T.  WE HAVE GOALS AND WE NEED TO GET THERE. I RESPECT YOUR TIME AND YOUR WISDOM AND USE FEW WORDS FOR BIG CHANGES.

IF YOU'VE EVER HAD A BAD RELATIONSHIP, OR FELT LIFE HASN'T BEEN THE ONE YOU WANTED,  OR THINK, "IT'S TIME FOR ME!", THERE'S NO TIME LIKE THE PRESENT FOR A LITTLE DO-OVER IN LIFE.   IF YOU'VE HEARD ENOUGH DUMB BLONDE JOKES OR OTHER PUT-DOWNS,  RECLAIM LIFE AND HAVE A BALL!  WHETHER YOU ARE 25 OR 75, IT'S NEVER TOO LATE TO HAVE SOME FUN AND CHANGE THE PROGRAM.  THESE ARE A FEW OF

MY FAVORITE THINGS...FOR ALL BLONDES, BRUNETTES AND REDHEADS, REAL OR OTHERWISE.

A LITTLE GUIDE FOR BIG GIRLS: A ONE HOUR FAST TRACK GUIDE TO DO-OVERS

Take a quick glance and get inside the powerbook that will empower you to success!

Have you ever given something away and wanted it back?

Or maybe it wasn't yours to begin with but it should have been?

Right here, right now, women of the world, we are taking back Dumb Blonde.

They can't have it anymore. Is there any female stereotype so icky as Dumb

every other stereotype that is limiting to women.

As a woman, and a life-long blonde, from baby to bottle, I've had to put up with a

My consciousness was raised when I was eighteen, between my first and second

year at the University of Pennsylvania. I took a summer class - a graduate

seminar - in American Studies, and I was the only female in our small group. I

the point across. “The point” didn't rub off on me because within three months I

was pregnant, but that's a horse of another color (he was brunette). Lesson - it's

theater of the mind, - oh yeah, and have a baby in the middle of college. Back to

the seminar - I got all A's on the papers, class discussions and exams. So I was

shocked when I got a B in the course.

Fast-forward a few months to a conversation with my father, a doctor, who told

me that a patient of his was surprised to learn I was his daughter. If he had

known this, "I would have given her the 'A' she deserved. She was the best and

brightest there. I didn't, because every other student needed an A - they needed

them for grad schools and well, they were men."

American culture. So, University of Pennsylvania, if you want to go back and

change my grade, I'll take it.

I'm taking it back from the dumb blonde jokes page, the stereotypes, the

misogyny, and bringing it up front and in your face with all its built in cognitive

dissonance. I'm taking it back for all of us who have been stereotyped for any

reason of hair color, skin color, accent, or anything else. The paradox of any

funny. But good jokes aren't funny because the target is blonde or Jewish or

Muslim or drunk; the joke is funny because we see the juxtaposition of a person

and event in an unusual and unexpected way. Though some of the jokes may be

sometimes vicious manner. Being called a dumb blonde has been used too long

by men who objectify ("Look at that ass!") and try and control women, and also

by women who want to feel superior to other women. Well, they've owned the

term too long. It's in my hands now and soon it will be in yours.

As soon as your payment is authorized (this usually takes less than a minute), you will have your ebook (PDF) 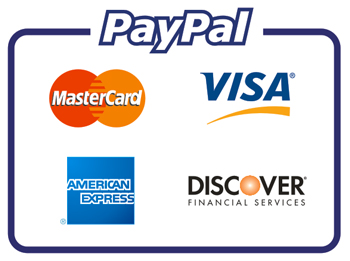 All major credit cards and paypal accepted on a secure site.

Your card will be billed via "Clickbank"